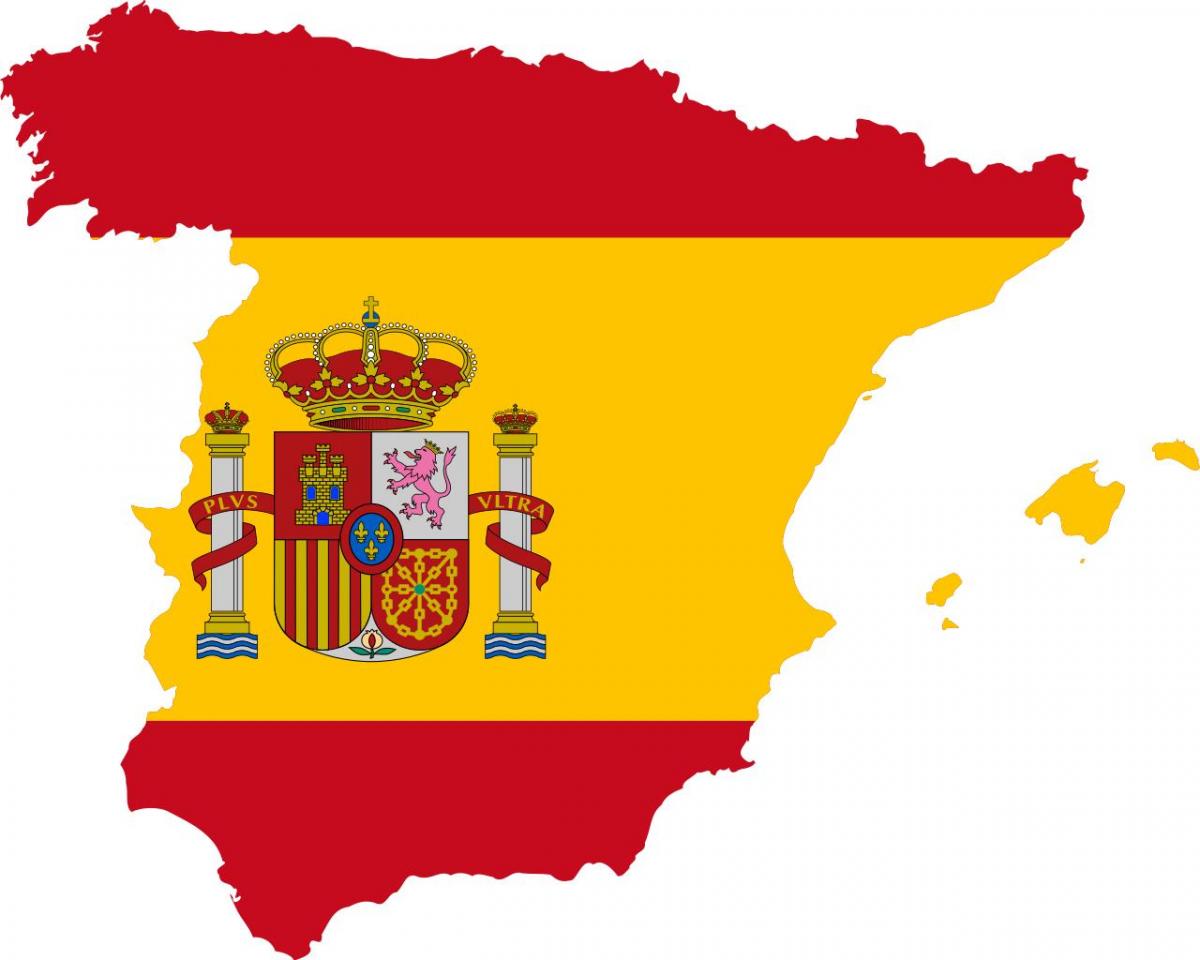 The flag of Spain (Spanish: Bandera de España, colloquially known as "la Rojigualda"), as it is defined in the Spanish Constitution of 1978, consists of three horizontal stripes as its shown in Spain flag map: red, yellow and red, the yellow stripe being twice the size of each red stripe. Traditionally, the middle stripe was defined by the more archaic term of gualda, and hence the popular name rojigualda (red-weld).

The origin of the current flag of Spain is the naval ensign of 1783 as its mentioned in Spain flag map, Pabellón de la Marina de Guerra under Charles III of Spain. It was chosen by Charles III himself among 12 different flags designed by Antonio Valdés y Bazán (all projected flags were presented in a drawing which is in the Naval Museum of Madrid). The flag remained marine for much of the next 50 years, flying over coastal fortresses, marine barracks and other naval property.